When anybody asks me what my favorite part of the trip was I have to say Versailles. I dreamed about it that night! I took a lot of pictures, so it's in two parts. This is the walkway after we got off the train. 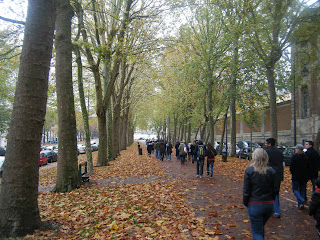 This is after we entered the gates...to get in line for tickets. 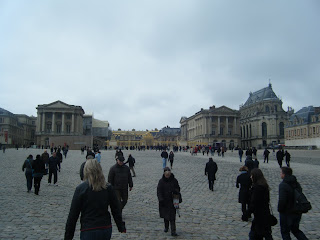 Here's Louis' chapel he had built for himself so he could worship from the comfort of his own home. 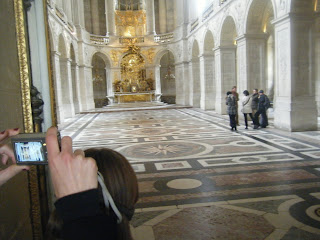 This was a very common scene while we were in Paris- Randy and his maps, ever the navigator. 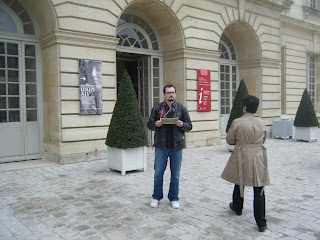 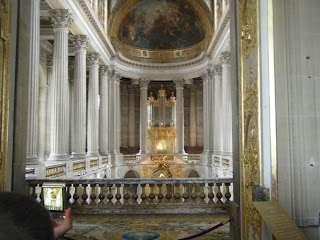 I'll only bore you once with a picture of a ceiling. They were all painted like this. So amazing. 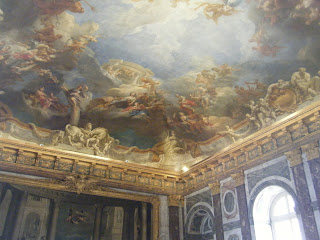 Look at that fireplace! It's huge! It would have been great had it been lit. The temperature stayed in the mid 40's-mid 30's while we were there. 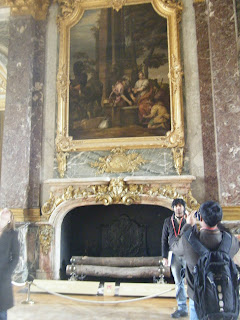 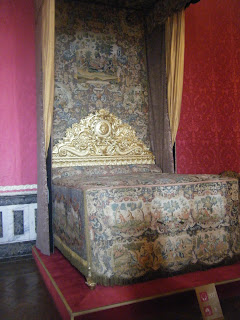 The Hall of Mirrors 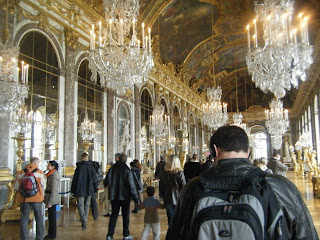 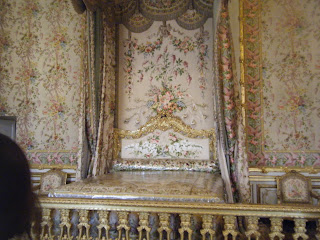 Their backyard. That's a big lake back there. We walked all the way to the end of it. 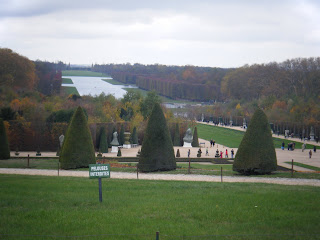