Conversation With a 9 Yr-Old

Here's Graham and me killing time. Notice the perpetual dirty fingernails. I honestly don't know how he does it.

I love Christmas! I admit it. I love everything that goes with it. Well, except for people getting trampled in stores. That part stinks. But I've been in the Christmas spirit since about October because I've been getting Christmas scripts ready for the website I manage (http://www.skitguys.com/). It's just easier to do that with Christmas music playing in the background.


Anyway, here are some of the fun stuff we've been doing this season. 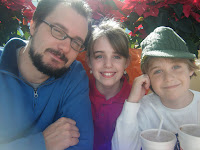 Here we are at the mall in the food court after Rachel's choir concert. 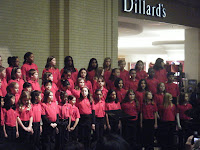 Here's Rachel's honor choir that she's in. They did such a great job! 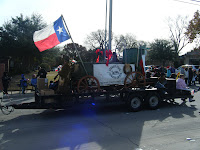 We are really lucky because our city's Christmas parade is right down the street from us. This is Christmas Texas style with a Cowboy Church. I love Cowboy Churches. The people are so great. 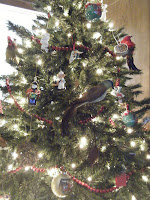 This is our Christmas tree. Well...one of them. 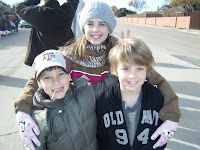 Here's Rachel and Graham with their buddy and our neighbor Sammy...oh sorry, Samuel...at the Christmas parade. 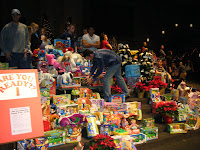 Our church does an outreach every year called "Three Trees". We had about 350 families come through and receive gifts for the children. I don't think I've ever said "Feliz Navidad" so much in my life. It was great! 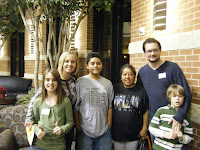 This is the family we got to host during Three Trees, Jose and his mother Rosa. Rosa did not speak an ounce of English, but thank goodness Jose did. Rosa was hilarious, though.
Posted by Carrie at 12/16/2008 09:43:00 AM 2 comments:

We've had Rosie for about 5 years now and she is some of the best entertainment we've ever invested in. She just oozes personality with her little tail wagging and her smile. Yes, she smiles. It's not pretty, but it's really sweet.
We came home from church on Sunday and let her out in the backyard. Just a few minutes later we got a call from the neighbor saying he thought he saw Rosie and it looked like she almost got hit by a car. We ran out to the front of our house and sure enough, there came Rosie limping up the front walk. Her back left leg was dangling and I knew she probably broke it. We decided it was best to get her to an animal hospital.
It was worse than I could have imagined. She broke it in three places and needed surgery fairly soon. The doctor said that there was a good chance that she would lose her tail. I was devastated because that's just about my favorite part about her. However, she came through it all just fine, but has to remain still for the next 10 weeks and has to wear this cone for the next two until her stitches come out. She got to keep her tail too!
We wrestled with what we should do because surgery is not cheap. But Randy told me from the beginning that we were going to be fine and this was the right thing to do. He sent me the Proverbs for today, chapter 11 verse 10 says "a righteous man cares for the needs of his animal, but the kindest acts of the wicked are cruel." 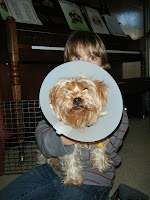